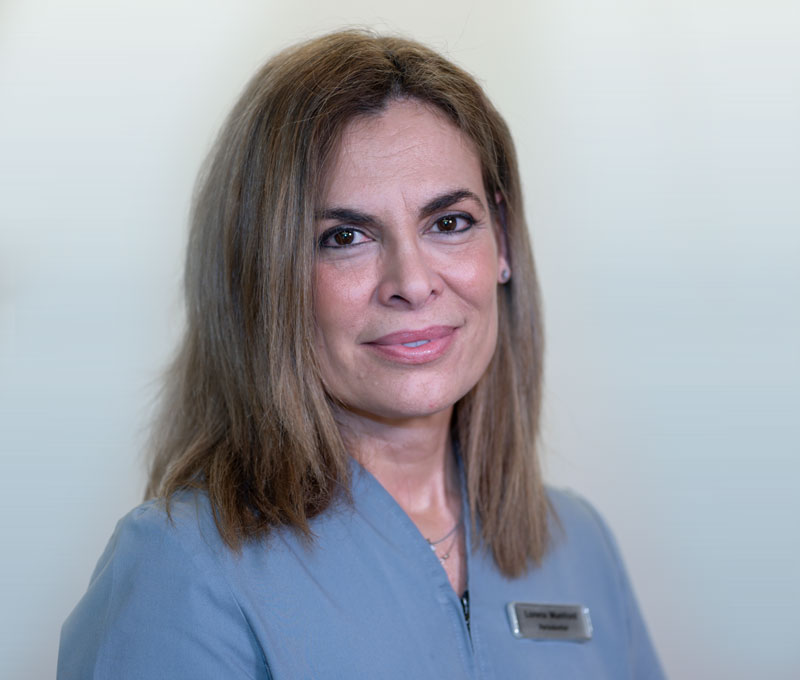 Lorena qualified originally from the University of Valencia in 1992 but has lived, worked and taught in the UK for a significant part of her career.

After qualifying, Lorena continued to work in hospital as well as general practice. She established her own successful practice in Valencia where she worked closely with her sister who also qualified as a dentist. She developed a keen interest in Periodontics whilst working for Prof. Martinez Canut at the School of Dentistry at the University of Valencia and worked in the Periodontology department and in his Specialist practice for four years.

She came to London in 1996 and secured a place at Guy’s Hospital on a four year Specialist training programme for Periodontics. During this time she not only secured an MSc and Master of Clinical Dentistry in Periodontology but she also gained her Diploma of Membership in Restorative Dentistry with special emphasis in Periodontics from the Royal College of Surgeons in Edinburgh.

Lorena was recognised as a Specialist Periodontist by The General Dental Council in 2000 and continued to teach Undergraduate Dentistry at Guy’s Hospital as well as work in Specialist Practices in London. She combined this with a return to work in her own Practice in Spain. Currentlyshe spends the majority of her time in Specialist Clinical Practice in the UK.

Clinically she has gained vast experience in the surgical placement of dental implants and their subsequent restoration. Similar to all of the clinicians at Ashley House, her approach is sympathetic towards patients and her referring colleagues alike and she has a wealth of experience in utilising advanced clinical dental techniques to restore the failing dentition. She has developed a particular interest in the treatment of patients with regenerative and reconstructive techniques to improve aesthetics as well as periodontal health.